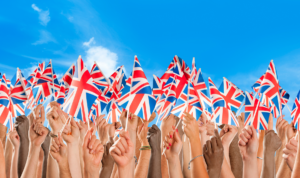 It was reported on 26 September 2016 that formal discussions are being held to determine whether the Team GB Rugby 7s squad should become a permanently funded programme.   In practice, this would mean a pooling of resources between the Rugby Unions of England, Wales and Scotland (each of whom currently fund a team which competes individually in the HSBC World Sevens Series).   Ireland (or, more specifically, the Northern Irish players represented by the Irish Rugby Union), could also be a part of a combined Team GB Rugby 7s programme.

On the face of it, this makes perfect sense both from a performance and from a funding perspective.  However, sometimes, things are not always as simple as they seem.

It makes sense to allow the players to train together from an earlier point in the Olympic preparation cycle. If that were the case, by the time of the 2020 Olympic Games in Tokyo (assuming Rugby 7s is confirmed by the IOC Executive Board as one of the sports on the 2020 programme), Team GB could be represented by a squad of players who have had close to four years’ worth of preparation time together.  To allow a squad of players to train together, grow together and compete together over a four year cycle should only serve to improve the understanding, trust and respect in the team, an outcome that is very likely to improve the performance on the pitch.   Bearing in mind that Team GB’s Rugby 7s team in Rio 2016 first trained together in May 2016 (following the conclusion of their respective 2015/2016 HSBC World Sevens Series campaigns) and still came away with a Silver Medal, imagine what they could do with even a year’s worth of preparation together!

It also makes sense for the Unions to pool resources (both human and monetary) wherever possible. This is especially so where they now share a common goal, Olympic Gold for Team GB.  Currently, the Rugby Unions of England, Wales and Scotland each fund their own Rugby 7s programmes.  Though Rugby 7s is a sport that is rapidly growing in popularity and commercial success, it still lags some way behind its older brother Rugby XVs and the shared resources will allow for a greater investment in the players, the coaches and the support staff.

There was no UK Sport funding for Rugby 7s in the run up to Rio 2016.  A Team GB Rugby 7s governing body may arguably have more of a chance of securing funding for Tokyo 2020.

So why then is it not a straightforward proposal for there to be a permanent Team GB Rugby 7s side?  The answer lies partly in tradition and partly in politics (driven by the way in which our home nations are represented in their international federation, World Rugby).

The traditional perspective and the political considerations

Tradition dictates that, other than the British Lions tours, our home nations compete individually in both Rugby XVs and in Rugby 7s.  On a representative level, the members of World Rugby are the Rugby Football Union, the Welsh Rugby Union, the Irish Rugby Football Union and the Scottish Rugby Union.  Each of these national Rugby Unions has one vote at the General Assembly of World Rugby and therefore one vote on which to express its nation’s opinions on decisions affecting the global game.  There is no such member entitled the ‘Great British Rugby Football Union’ and, if there were to be a combined GB Rugby Football Union, it would only be entitled to one vote at the General Assembly on behalf of all four home nations.  From a political perspective, British Rugby’s ability to influence decision making in the game at a global level would be greatly reduced.

The political issue is not one that is restricted to Rugby. In fact, this particular problem notoriously led to such political infighting amongst the Football Unions of the home nations that there was no Team GB Football team at Rio 2016.  The smaller Football Unions being concerned that a Team GB could risk their independence within FIFA and consequently lead to a reduction in their power.

However, in many sports, badminton, hockey and boxing to name just a few, our home nations’ athletes similarly only truly compete together as ‘Team GB’ once every four years.   Those sports find other ways to ensure Team GB performance on the pitch is maximised, such as centralised training centres, without reducing the home nations’ political clout in their respective international federations.  That is not to say that these sports have found the perfect solution – some sports adopting this model have experienced tensions between the home nations governing bodies and the umbrella Team GB governing body.

In Rugby 7s case, the reports do not suggest that the amalgamation of the home nations Rugby Unions is being proposed.   Fingers crossed then that the discussions lead to the right outcome for Team GB Rugby 7s and for the individual Rugby Unions and that we see an upgrade to Gold in Tokyo.

Failing that, Sports Shorts understands that Squires’ Rugby 7s team are pretty handy these days – perhaps some of our lot can fill in any gaps!