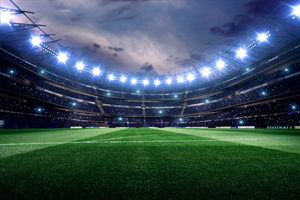 UEFA has announced that it will implement a number of changes to its UEFA Champions League competition, commencing from next season. The summary of the key changes are listed and explored further below:

All four English teams will directly qualify for the Champions League group stage next season whereas last year Liverpool, despite finishing fourth in the Premier League, had to compete in a testing qualifying contest against Hoffenheim. This is the same for the top four clubs in La Liga, Bundesliga and Serie A. Previously, only the top three national associations would be granted four Champions League places and the fourth spot would be a qualifying place.

The football associations ranked fifth and sixth, currently France and Russia, are entitled to two direct entries each and the next four ranked national associations (Portugal, Ukraine, Belgium and Turkey) have only one place allotted each.

The Champions Route and the League Route:

There are then two alternative routes to qualify for the Champions League: the first is the champions route, which applies to the champions of the national associations’ top league, ranked 11th and below in the UEFA coefficient rankings. Four group places are available for these teams who will go through a series of qualifying and playoff matches. This starts as a preliminary round and ends with a play-off format between eight teams. Teams eliminated before the play-offs will enter a qualifying contest for a Europa League spot whilst those eliminated in the play-offs will qualify directly for the Europa League group stage.

The second route to qualify for the Champions League is the league route, which allocates only two group stage places to those who qualify. This consists of teams that placed third in the top leagues of associations ranked fifth and sixth, as well as the runner-ups of the associations ranked seventh to 15th. This involves three qualifying rounds. Teams eliminated in the first of the three rounds can qualify for the Europa League through another play-off and teams eliminated in the final two stages qualify directly for the Europa League group stage.

Now, every team that is eliminated from the Champions League qualifying rounds will get a chance to compete in the Europa League.

A new system for the club coefficients will be introduced, which will judge clubs on their own records and will not include the added bonus of 20% of the clubs’ national association coefficient. UEFA will also consider the historical success of a team in these competitions. Teams will receive points for previous Champions League and Europa League titles, properly acknowledging the rich history of the competition.